“We looked for alternatives for treatment all over the world, including Mexico, and when I started to look more into the Oasis of Hope, the more I was drawn to it. Ultimately, it was the Oasis of Hope ambassador, Rick Hill — a 38-year survivor of cancer — that made me want to go to the Oasis,” Webster said. “His story was very similar to mine and what he said resonated with me.

Carcinoma Stage 4 with tumours on Liver and Lungs – Donald Factor

When Donald Factor was diagnosed with Stage 4 Carcinoma which had spread to his lungs and liver, doctors told him chemotherapy was the answer to give him 6 more months. “I realised that I wasn’t given any options to live”, shares Don. He adds: “I felt as though a huge hole had opened and I was tumbling down into it. I was only 51 and this was panic time”.

After he decided on Oasis of Hope , he shares: “There were 20 or 30 patients being treated and he explained that success rates were about 30 per cent – all for people who had previously been labelled untreatable or terminal.” 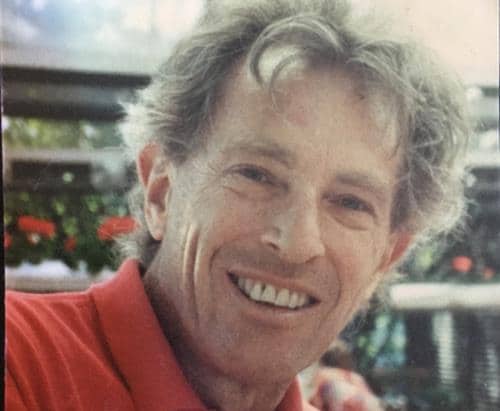 Sophie was traveling with her friend Catherine, because in her research she learned: “Early in its history the clinic realized that their patients did 20% better with a companion so all their hospital rooms have a patient bed and hotel bed.”

She continues to share her experience with details about the diet, the treatments, etc. In addition, she shared about the medical team assisting her during her stay with us. She shares: “ This is Tomas, the head nurse at Oasis of Hope and one of an amazing team who work tirelessly in the background to extend, save and improve the quality of lives like mine.” 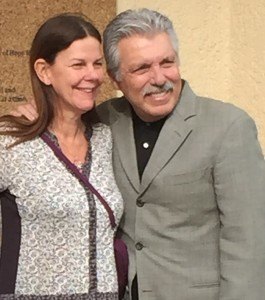 Sharon Smith was practicing for a Spartan race, when she began to feel some pain and decided to visit her doctor. When the results came back, they had bad news, she had a Thymic Carcinoma Stage 4.

After her diagnosis, she shares: “No one was like, ‘You’re going to beat this,’” I didn’t ask about my odds because I didn’t want to know. I asked, “Is this just buying me time?” and he said, ‘I have to tell you yes.’ I wasn’t okay with that. 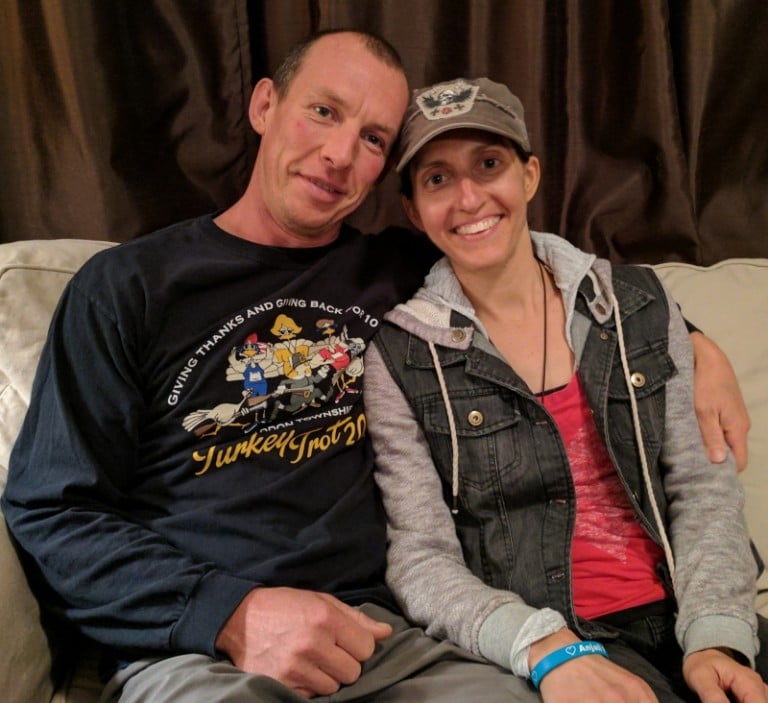 George Ghindia’s closes friends created a website, to share his successful story fighting cancer. He was originally diagnosed with Non-Hodgkin Lymphoma in 2009 but it transformed into a more aggressive form of cancer. After months of treating with chemotherapy and radiation, on March 12, 2010 he was giving only two months to live.

On April 1, 2010, Cheryl and I entered Oasis of Hope Hospital in Tijuana, to begin my 12-days of “alternative cancer treatments,” shares George in his journal. And days later, on April 9, they were given the big news. George adds: “Dr. Chen delivered the news we’ve all been praying for: the tumor is shrinking, the cancer cells appear “dead” or in remission, and the Bone Marrow Transplant is on!

Diagnosed with aggressive Brain Cancer, Douglas research alternative treatments and found Oasis of Hope in Tijuana. He created a website where he shared the progress of his disease and the results of the cancer treatments given to him. 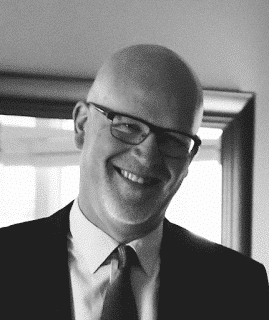 Cecile Hoffman had a radical mastectomy and was assured her cancer was gone, but sadly it wasn’t true. Three years later, the cancer had metastasized. She was given no hope.

She traveled and began her treatment. When she went back to the U.S., her doctor refused to treat her because the therapy is illegal. Still, she began searching for a doctor who would be focused on her continuing to live. Her prayers were answered by Dr. Ernesto Contreras Sr., a pathologist and oncologist, in Tijuana, Mexico. 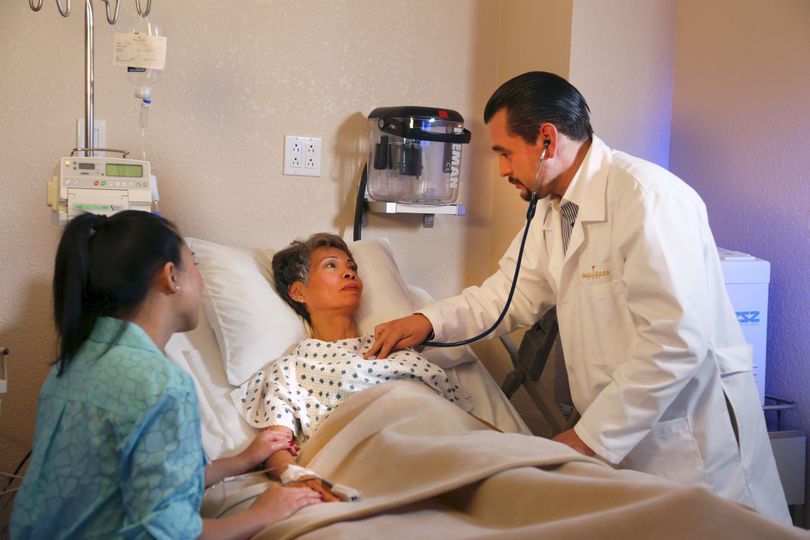 Patients from all over the world visit Oasis of Hope for alternative cancer treatments every year, here you can read different reviews former patients and their families have shared.

Read the full reviews of Oasis of Hope Here 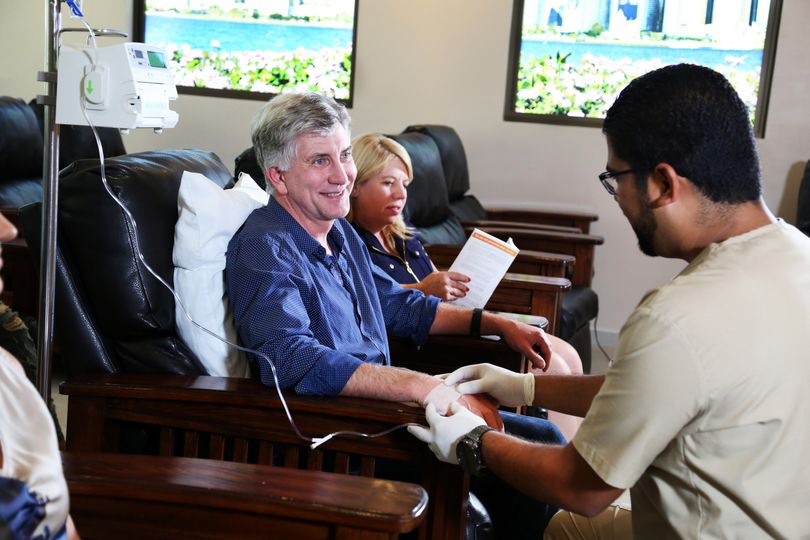 Felicity Corbin Wheeler shares her experience with Oasis of Hope

Felicity flew to Mexico on New Year’s Day 2008 to have a successful five year check and meet the legendary Dr. Francisco Contreras and the other doctors at the world famous state of the art, 50 bed Christian Cancer Hospital, the Oasis of Hope Hospital.

She spent a week in the hospital as a patient having t he necessary scans and tests and then ministering to patients in the Hospital Chapel and in the dining room where patients and relatives meet to eat delicious fresh.

Felicity Corbin created a series of article, talking about Oasis of Hope and her personal experience with us. In this particular article she mentions: “This is the state of the art hospital which pioneered the essence of the natural apricot seed known as, or Vitamin B17, as a cure for cancer.”

She then proceeds to mention, the difference between patients who already had chemotherapy in another hospital and the ones that went for alternative cancer treatments from the start. She adds: “95% of such “virgin tumors” are healed very quickly with the detox, restoration of healthy life style with living enzymes, minerals and vitamins, the specific oxygen therapies and the resolution of stress.”

“This is the state of the art hospital which pioneered the essence of the apricot seed known as Vitamin B17 as a cure for cancer. Independent statistics show they have on average a 56% better cure rate for stage four cancers than any other hospital.” 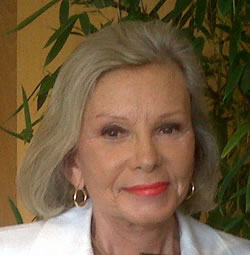 Chris Woollams from Cancer Active a famous charity helping people around the world, interviewed Dr. Contreras on one of his business trips to Europe. He shared vital information from Oasis of Hope ‘s philosophy of caring for cancer patients. He described the hospital as a world class facility where the medical staff is passionate for helping their patients in three different levels: emotional, spiritual and physical.

For the complete article and interview, please click here.

The benefits of Alternative Cancer Treatments

Why are alternative cancer treatments not approved by the FDA? One word: competition. Hospitals in the U.S., say to their patients the best and only options are surgery, chemotherapy and radiation, three of the most invasive treatments for cancer patients and in some cases, harmful for the entire body.

Many patients have opted to research their own treatments, finding hope in alternative cancer treatments. One of the greatest resources on this type of treatment is: Oasis of Hope in Tijuana, Mexico.

Alternative medicine it not always related to medicine or medical procedures. Dr. Contreras shares with Ty Bollinger from The Truth About Cancer, how laughter and music can boost the immune system and help cancer patients. At Oasis of Hope they practice laughing sessions with their patients. In addition, they paint their walls with immune boosting colors for the patients benefit.

The Cancer Cure Foundation shares important information about Oasis of Hope hospital. They describe the medical team as professional and the effective process, as each patient receives personal attention. In addition, they offer other services with no extra charge.

Oasis of Hope receives patients from all over the world, searching for an alternative treatment to fight cancer.